A born problem solver, Michael knew since childhood that he would become an engineer and tackle design issues that would benefit his community. In 1995, he crossed paths with Paul Lumos, founder of Lumos & Associates, in Carson City, and a job as an office runner set him on his path to becoming a civil engineer.

While pursing his degree in Civil Engineering at the University of Nevada, Reno, Michael continued to grow at Lumos excelling in positions throughout the organization and across divisions and disciplines. Michael worked in the materials testing lab, in the field as an inspector, on a survey crew, as a drafter, and as a designer, before ultimately becoming a civil engineer.

Most recently Michael served as Director of Engineering at Lumos, overseeing technical and professional staff in four locations. In 2021, Michael was named Chief Operating Officer, a position that combines his passion for operations and opportunities to increase efficiency and his hands-on understanding of each division.

"Working at Lumos has allowed me to be a part of some very special projects," Michael said.  The Silverland Schools Complex for the Lyon County School District, the reconstruction of the Eureka County Airport in 21 days, the urban fishing pond in the Gardnerville Ranchos General Improvement District, and the Carson/Curry Street reconstruction projects remain his favorites.  “I have been lucky enough to serve as the Project Manager for these great projects, and it is so satisfying to see how my contribution has provided such a positive impact to my community,” Michael continued.

An active member of the community he serves, Michael is dedicated to helping non-profits and promoting the field of engineering. Michael served as President of the Board of the Boys & Girls Clubs of Western Nevada and President of the American Society of Civil Engineers (ASCE) Capital Branch. Currently, Michael serves as a Reserve Deputy with the Carson City Sheriff’s Office Search and Rescue Unit.

Michael and his wife, Rachel, have been married for over 20 years and are the proud parents of a daughter.  A native Nevadan, Michael loves all the perks of living in Northern Nevada – riding his dirt bikes, being out with his family exploring the high desert, and fly fishing. 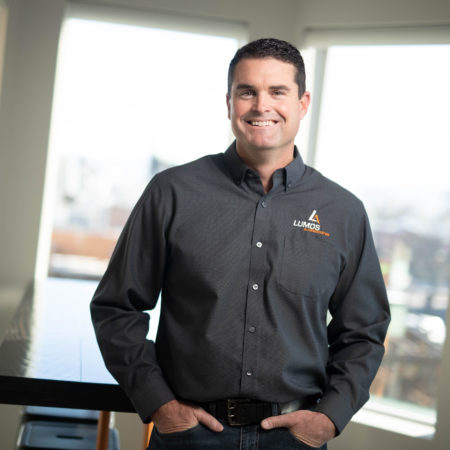 Come Work with Us

At Lumos & Associates, we hire and mentor great talent to serve our local communities. We are dedicated as a firm to fostering and promoting innovation and collaboration among all associates. We believe this ongoing commitment will ensure the continued longevity, stability and success of our firm.